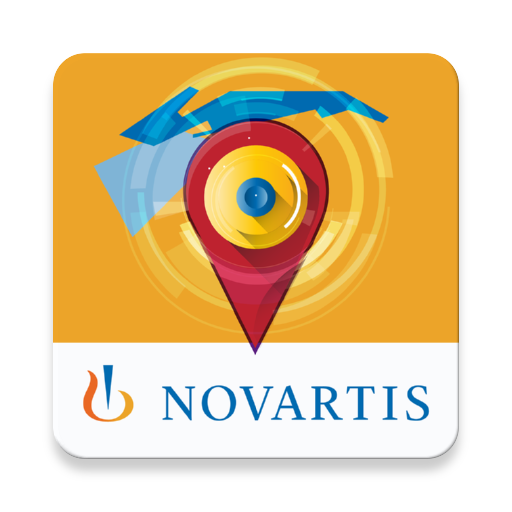 A multi tool application that can help blind or visually impaired people in their everyday life.

The user can explore nearby points of interest, use the phone as a compass and find out what is in every direction (restaurants, services, pedestrian crossings, ATMs, hospitals, bus stops and many other services).

The user can set a route (also with intermediate points) and be alerted about next intersections along the way. Many app features such as the Where Am I function can be accessed through the earphones controls.

The app was translated in 18 languages, it is available on the 5 continent stores and was awarded a prize at the European Excellence Awards in 2014, in Paris.

This is a navigation app to direct people to a destination via turn-by-turn navigation from their current position to their destination.

Waypoints can be added to improve the effectiveness of the calculated route.

At any time, the user can query the app for their position as a street address. A list of junctions/intersections around the user, with the corresponding distances and bearings, can also be obtained.

Audible information relevant to user navigation is provided by using the Text To Speech (even if no screen reader is running).

+ 0
blind people every day use it to move around 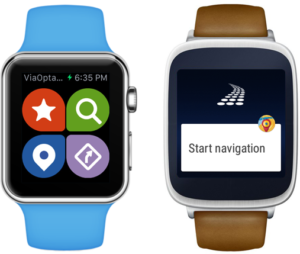 Simple and accessible user interfaces for an immediate use of the features provided by the app.

Besides the normal driving directions it gives useful information to people with visual impairments such as crossings, pedestrian crossings, floor platforms, sound traffic lights and much more.

Set the route to the desired point and the intermediate poi’s. ViaOpta Nav will guide you to your destination by announcing directions and intersections along the way

You can know exactly where you are any time you wish, save your position and explore nearby points of interest.

Save your favorite places to easily find them through the dedicated section.

Explore nearby points of interest, use the phone as a compass and find out what is in every direction (restaurants, services, pedestrian crossings, ATMs, hospitals, bus stops and many other services).

Translated in 18 languages, it is available on the 5 continent stores.

You can keep the phone in your pocket and request your position at any time by simply using the earphones buttons.

From version 2.0 ViaOpta Nav is also available on Android and iOS smartwatches.

ViaOpta Nav was the first app for visually impaired people for use with the Apple Watch and other smart watches. It received several international awards and wins the European Excellence Awards in Paris in 2014 in the category "Mobile Communication and Social Apps".